We had a 4pm flight home. I was told that crossing the border can easily take 2 hours. Since the day we left was the last day of spring break, people would flock to the States for deals. A wise friend advised us to leave at 7am. Sounded impossible but we managed to hit the road at 7:30. The line at that border was minimal. I think we waited maybe 10 minutes. The drive down was also super smooth. The only glitch is that we now have all these extra hours in between. So, I called a friend in Seattle. Was that ever fun! It was such a great little visit. My friend has two labra-poodle. The Girl had a ball! Literally. She threw this ball around and the dog got tired of it before she did. When Barley no longer wanted to play catch, should would run to pick up the ball for him and stuff it in his mouth. Poor dog. 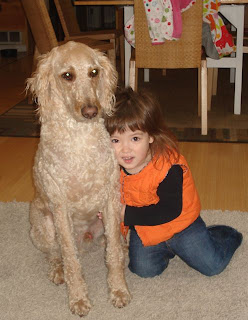 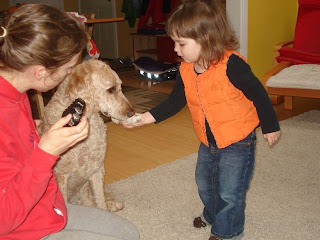 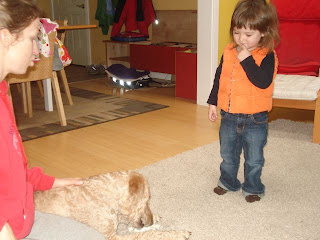 Helping out in the yard. 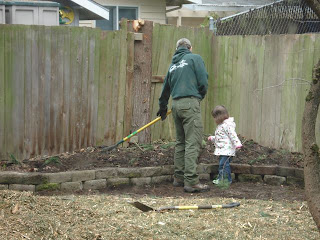 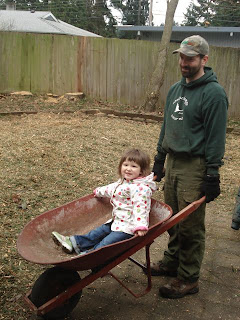 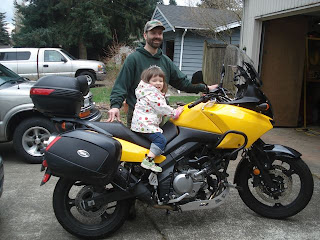 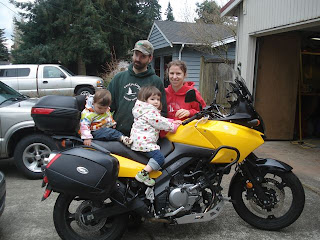 How many people and how many dogs do you see? 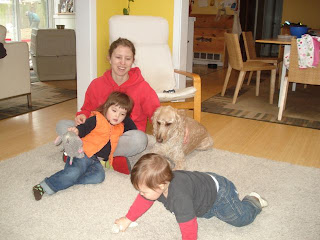 Look at the insulted look on Barley's face and the sad little throws the girl offered. Funny stuff.

Posted by langlangcreations at 8:51 AM