The Girl was one of two flower girls at the wedding. I've been prepping her for months telling her what may happen on the day of the wedding and what's expected of her. She was very excited about her "job".

We took a couple of pictures at home before we left for the wedding. 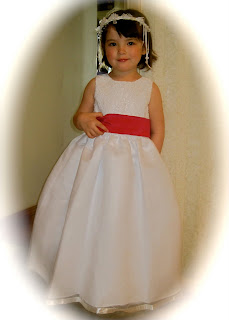 Man, does this girl know how to pose. 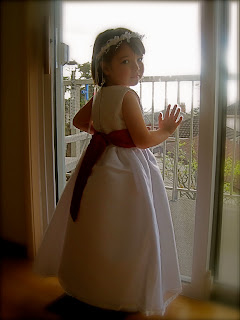 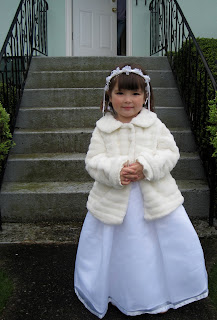 Here is a short video of the girls walking down the isle.


The ceremony was close to 45 min. The Girl is known to complain about tired legs after about a minute an a half of standing. I was sure she wasn't going to make it but she did! She did get bored after a while and tried to get the other girl to play with her but the other girl was all business. 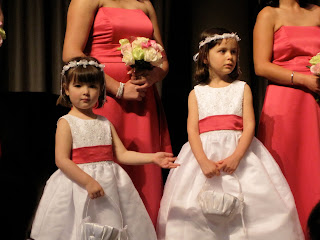 Then she came up with silly games to play by herself. She juiced the remaining petals in her basket and ruthlessly threw them at the front row guests. Here she is seen caught in action. 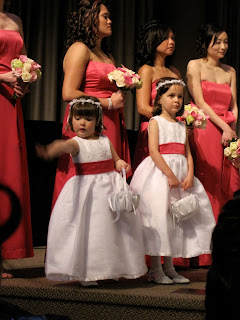 Other than worrying that she won't be able to stand through the ceremony, my biggest worry was that she wasn't going to be able to handle the stairs in her poofy dress. Alas, she made it up and down the steps gracefully! 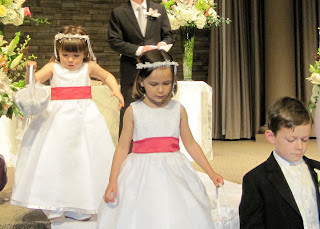 My angels after the ceremony. 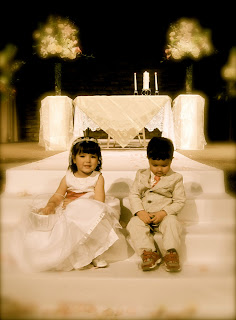 The Girl pretty much fell asleep as soon as I strapped her into the car. 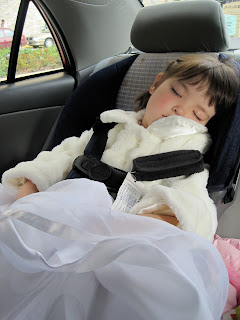 What a nap that was. She slept from 2:30 to 5 in the car and was all refreshed for the party. 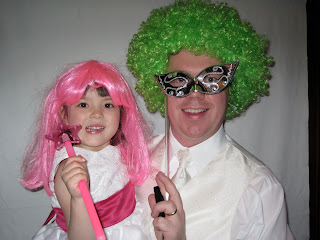 We discovered that night that the Girl is a major party animal. First of, she would take the hands of anyone who comes by and calls her pretty. Then we found out that she is a maniac on the dance floor.


Here is another video of the dancing duo. Some people were blowing soap bubbles at the dance floor and that's what she's whacking at.


We partied until close to 11 that night. The Boy fell asleep in the car on the way home but the Girl was on a major high. I am pretty sure I fell asleep before she did that night. We shared a room and I remember hearing her say, "you can dance with me tomorrow if you want" as I drifted off to sleep. The Girl is going to be completely out of control in 10-15 years!
Posted by langlangcreations at 10:30 AM