Here are some random goofy pictures of the kids.

The future king. I came out to the living room one night to find the Boy mastering the art of lounging. I think in his mind, he was taking up the whole couch and was the King of the world. Well... at least King of the living room. 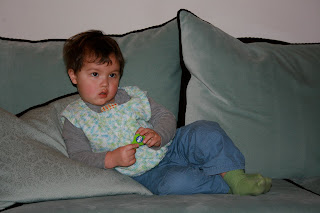 The demure princess. I've been teaching the girl to sit with her legs crossed and this is the most demure I have ever seen her. Speaking of being a princess, here is a recent Kira-ism which is not new to those who are on FB.
I slipped and dropped the girl into the toilet one night and she cried and cried. Yes, it was my fault but after a few minutes of tearless crying, I said, "That's enough. Princesses don't cry." She looked at me with those big, accusatory eyes and said, with a sob, "except... they don't fall into potties either." 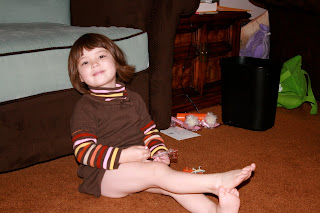 One night, I was telling a particularly juicy story to my mom on the phone and I didn't want to be interrupted so I hid in my room. I could hear them giggling and laughing in the living room so I assumed they were behaving and playing nicely together. When I came out, I found this. 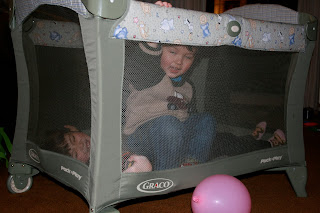 From a distance, I couldn't tell what was going on and thought I had mistaken desperate cries for help as laughter and was going to yell at the Boy to get off his sister. Then I heard the Girl say, "now I am dead. You can sit on me and crush my tummy now." Where does she get this stuff and should I be worried? 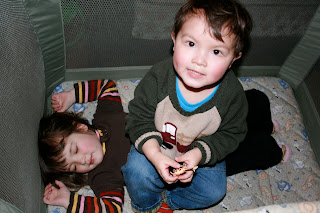 Posted by langlangcreations at 9:31 PM