Hubby took a day off to go to a fancy pumpkin patch with the kids. It was pretty expensive so the crazy deal seeker woman in me made sure we were there for a long time and did everything.

We started the adventure off by visiting the goats. They were super cute. There were some baby ones there that were only a couple weeks old. 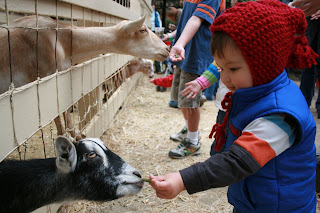 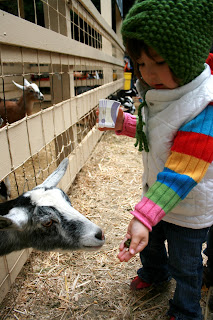 Then we went on a pony ride. The kids loved it. They each went on at least 4 times. I think the girl might have gone on 5 times.


The girl was totally in a trance when she was on the pony. At one point, she sang to the pony and looked very purposeful, as if she and the pony were going on a journey. Then there were times when she rode like a bobble head. Check it out.

The boy looked totally confident and comfortable on the pony. 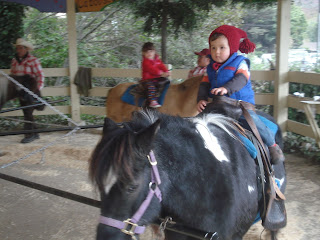 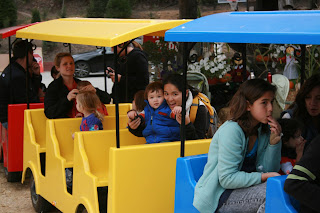 The Girl did go on the train ride multiple times but she and her friend were more interested in the bouncy houses. 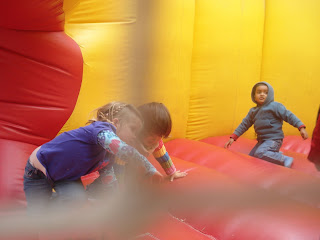 Almost forgot the hay ride. It wasn't very exciting and was very dusty. We only went on it once and nobody wanted to go on it again. 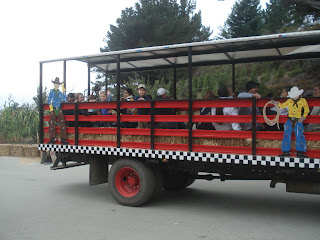 While the girl was busy chasing her friend around, we took the time to take some nice pictures for the boy. 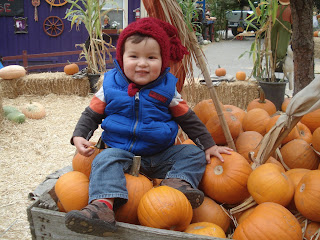 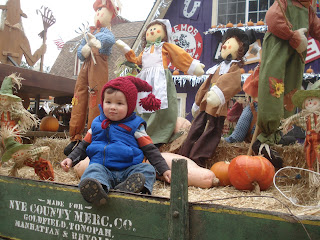 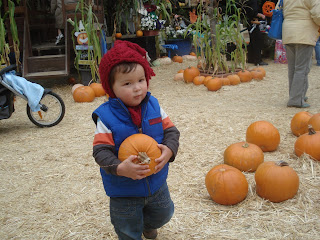 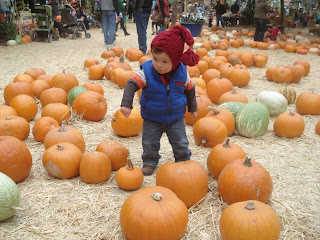 It was a long day but also a super fun family day. We concluded the day by decorating the house and having pizza. I love this time of year. Halloween is so much fun and then comes Thanksgiving and Christmas. 2009 is going to be over before I know it!
Posted by langlangcreations at 8:44 AM

Looked like you guys have had a lot of fun! Is it far from where you live? Let's go when we get to SF. I'll bring my pillow along...hahhaha...