These were obviously from a couple of days ago. The gift opening was pretty exciting. Both kids had some really over the top reactions.

The Boy handing out one of the first gifts to be opened. 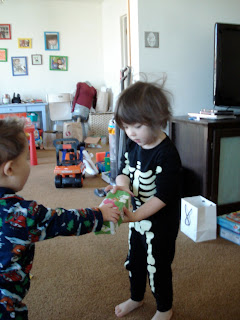 "It's a train! Open the box! Faster! Open! Santa brought a train!" 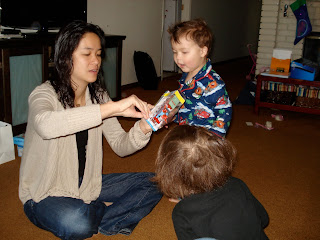 A short video of the excited pair opening some of their gifts. For the record, I didn't get them either of those gifts. I thought we narrowly escaped the whole Barbie thing but we didn't. Oh well.


After all the gifts had been opened, the Girl posed for a "victory" picture. There were more, but this was all she could carry. Hubby and I didn't really get the kids anything this year because they just have too much stuff. Somehow, they still ended up with 7 or 8 gifts each to open. 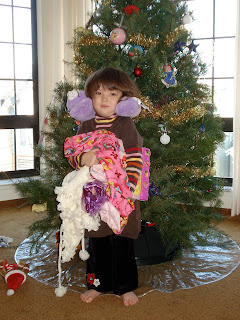 The Boy was much more sensible. He is wearing his new Christmas outfit and playing with his new train and animals. He saved the rest for later. 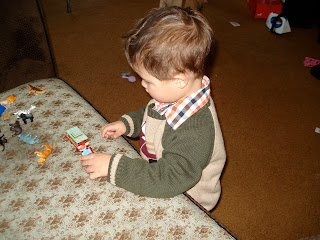 Then the Girl turned into our photographer. Here is her version of "daddy and his gifts". 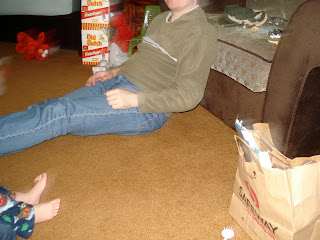 Posted by langlangcreations at 11:18 AM

You two sound pretty excited when you found out it's a barbie!! hahahha...