Fiesta On The Hill

We went to a street fair called Fiesta On The Hill over the weekend and it was a lot of fun.

There were lots of political campaigning, such as these guys. (the clown was the grumpiest I have ever met) 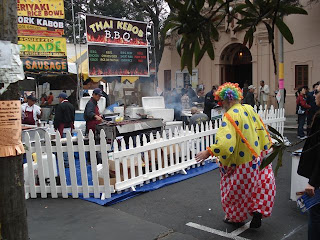 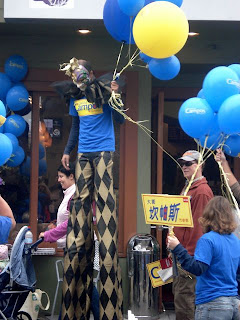 There was a petting zoo that was super busy so the kids didn't get to go in. 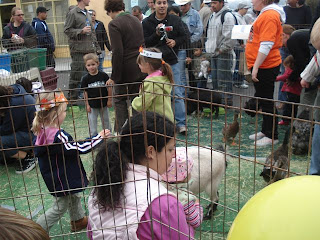 The main reason we went was because of a bake sale that I worked at. It was fun but, boy, was it cold. We kept expecting the sun to come out but it just got colder and colder. 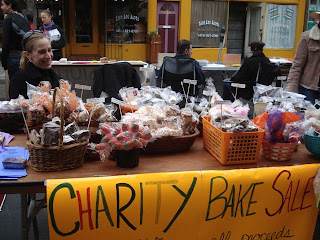 After all that excitement, we finished the day with an Indian feast. Baby was impatient since I fed him before we went to the restaurant. He eventually settle down a little after Brett put him on his lap and let him chew on this glow stick. 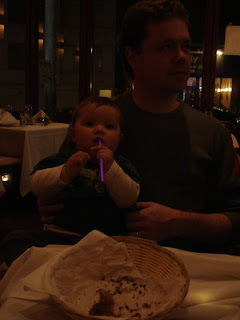 So, it was a fun filled day and the most extraordinary of all, Brett took care of the kids solo most of the day. I have to say he did a marvelous job and the kids had a great time. This is shown by the fact that at night, Kira kept saying, "no mommy. I want daddy." One day of fun and now Brett is her BFF and I am chopped liver. 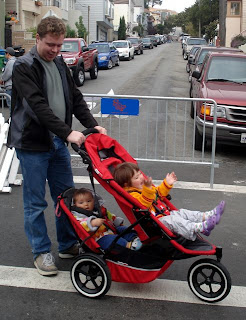 Posted by langlangcreations at 1:38 PM