I made a new jacket for Kira. It's based on the same pattern as this jacket that I made for her when she was 6 months old. She wore that jacket from the time she was 1 - 2 years old. I am hoping she can wear this one for a few months too. I love this fabric so much.

While she modeled the jacket for some pictures, she said she wanted to look like Mai, the character in Totoro. So I put some pig tails on her. OMG, she is so cute in pig tails. I just melt to a puddle and she can pretty much get away with anything when she wears her hair like that. Yes, I am a sucker.

She looks like she can be 4 years old in this picture. 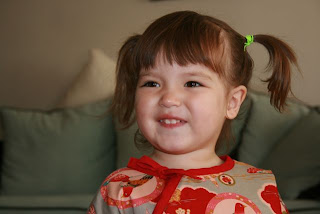 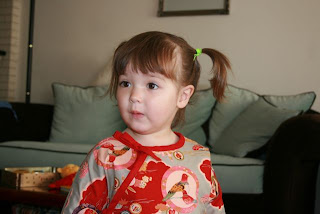 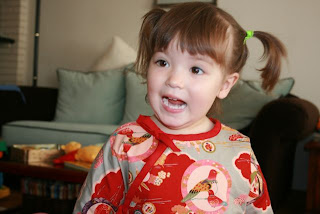 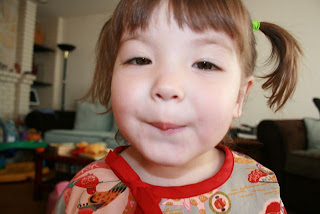 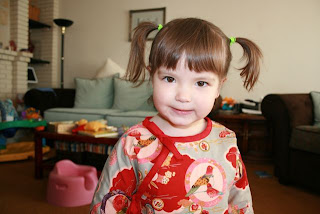 She often shows enthusiasm by jumping up and down.

Now that I am looking at these pictures, I noticed none of them really show off the pattern on the jacket. This fabric really is very cute. I am sure I will take more pictures of it later. I also happen to think it's gender neutral which means Hayden will get to wear it in 2 months. What do you think?
Posted by langlangcreations at 2:56 PM