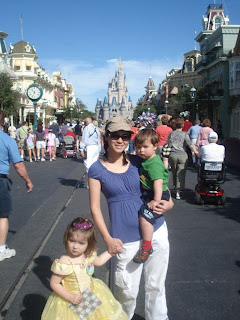 We tried to cover everything I planned between 10 to 3 today. In order to do so, we had to be organized and goal oriented. Really, this is no way to enjoy a vacation. So I abandoned plan after about 10 minutes.

I did try to race to the Small World ride to avoid the lines, which we did . Then we headed over to ride Dumbo. The Boy cried the whole time and wanted to jump of the elephant. I have to say I secretly agree with him. Good thing the ride was only a little over 3 minutes long (the line up, however, was half an hour).

Having been on two rides, I figured we deserved a break. 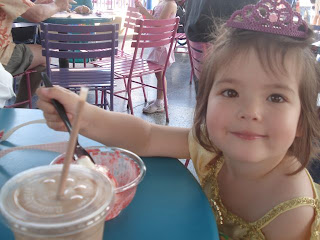 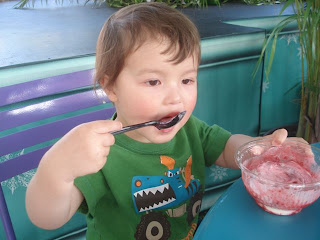 Shortly after we dined, I was going to head back to the bus and to the hotel so the little ones can rest. However, they didn't make it to the bus. 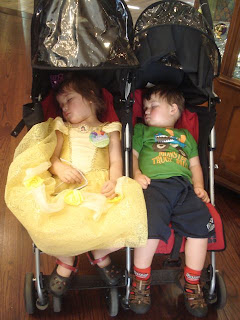 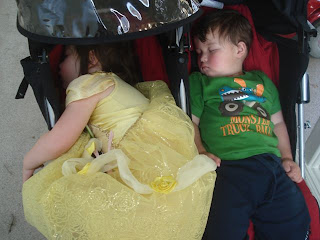 Since I couldn't stroll them onto the bus, we stayed for a while longer so the Girl could meet Princess Jasmine. It was cool because we caught the parade as well. 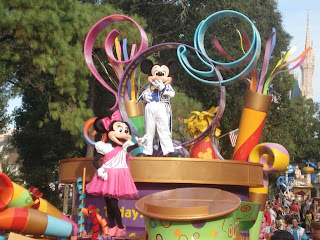 We left the Magic Kingdom soon after the parade. After a short break back at the hotel, I decided to head downtown with the two kids. Very stupid decision. They both dozed off on the bus and made very irrational toy purchase decisions while we were there. That super short cat nap is also causing them to not sleep. It's almost 10pm and the Girl is still talking to her new toy. We have to be at breakfast by 7:30 tomorrow. Another day of Boot Camp? 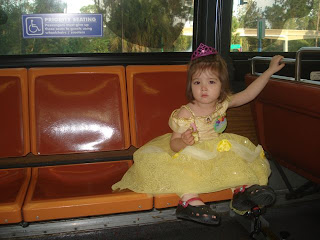 As usual, I've put more pictures on FB. See you over there.
Posted by langlangcreations at 6:35 PM