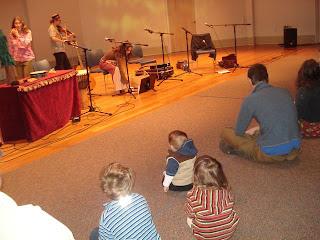 I took the kids to their first live concert. It was a lot of fun. The concert was at BADM and the group we saw was called Octopretzel. There were lots of interactive play and dance. They even pulled out a few puppets. Kira's favorite was Drezel the Camel. At the end of the concert, she went right up to the artists and asked to hug Drezel. 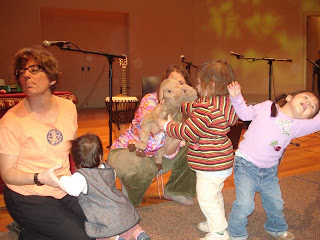 This was her proud expression after she hugged Drezel. 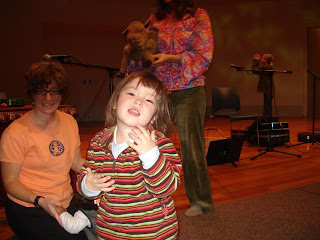 We played a little more after the concert. Our first stop was Studio 5. By some miracle the place was totally empty. 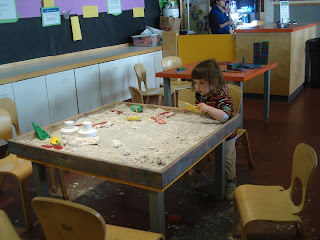 So I thought I'd let baby try and play with the moonsand. Kira was very cooperative. She packed the sand into a nice round that's easy for baby to pick up. Then, the rounds went straight into baby's mouth. Yes, this is the kind of cooperation I see everyday. 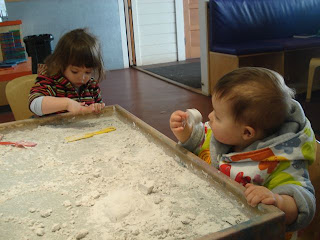 After a couple mouthfuls of sand, I had to move Hayden. I moved him to the next table with these magnetic puzzles. Kira never showed an interest in these but baby was very patient. 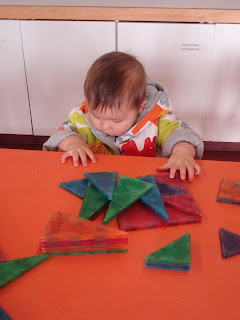 He studied them and tried out different combination. Eventually, he decided the best thing to do was just to throw them. 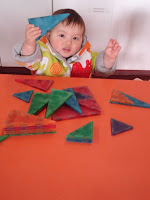 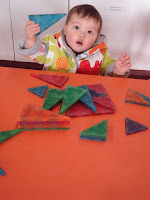 Finally we visited the Discovery Hall and their current exhibit has to do with movement. Hayden was immediately drawn to the surf boards. He watched the older kids get on and off them and couldn't wait to try himself. Totally didn't care if I was there to help. 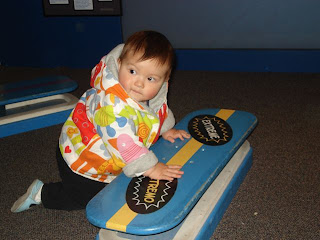 Kira was much cautious. Took a lot of convincing before she agreed to put one foot on the surf board. 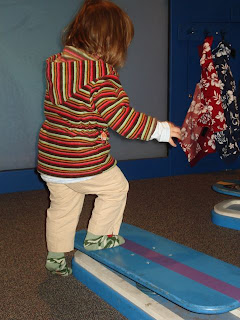 At the end, they were both exhausted and we went home for a good long nap. It was a day well spent.

Posted by langlangcreations at 9:43 AM