Near the end of last year, most of my sewing was the "get-it-done-and-get-it-done-fast-because-I-needed-to" variety. There was a lot of repetition and time pressure but not a lot of creativity and learning to it. So after a month of rest, I am very eager to start something new and a little more challenging than the patterns that I now know so well. After a morning spent by myself at Joann, I have chosen Simplicity 2652. It's cute, wearable and there are definitely techniques that are new to me. I am making it in a size 8 even though I think I am more of a size 10 by the measurements given on the back of the package. Somehow, things I make always turn out too big for me.

Here is a shot of the pattern and the fabric I have chosen for it. 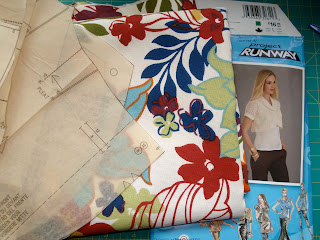 After 2.5 hours of work, I have cut out all the pattern pieces, 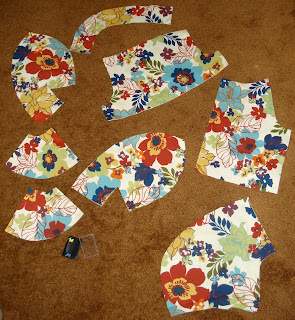 and made the pleats on the front and back and pleats and casing on the sleeves. 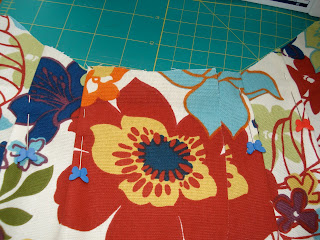 I also opened my new pack of butterfly pins. My old ball pins were all falling apart after a couple months of intense use. I am still getting used to the butterflies because they seem much longer to me than the old ones. They sure are pretty to look at though. 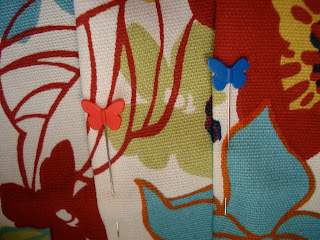 Another new thing is that I've been sewing under this light. It is amazing! I don't know how I have sewn so many evenings without it. The only criticism I have is that this light does not have a switch. It's possible that I just haven't found it yet but it'd be a lot easier if I didn't have to crawl under the table to plug and unplug it each time.

I feel like 2010 is going to be a good sewing year. Is anyone interested in sewing this jacket with me? Email me if you want to play too.

Oh, and while I was working, the kids were supposed to be napping. Instead, they did this to poor baby Ali (the doll, of course). So next time they see the real baby Ali, I wouldn't quite trust them to be Ali's babysitter yet. They both claimed that baby Ali asked to be made pretty and they were just trying to help. I guess the doll is plenty pretty now. 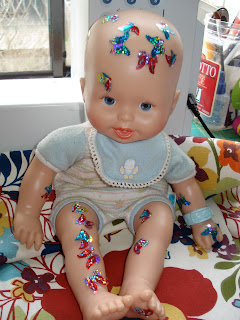 Posted by langlangcreations at 3:49 PM

That's pretty darn cute! I like the fabric, very pretty and bright! Looking forward to see the end product! And little Ali doll is cute too, hahaha... Kiki and Hayden are so adorable! I guess they do miss little Ali a lot too huh!?