We celebrated by going to Hubby's company annual picnic on the 3rd. It was a fun day!

Our contribution this year - red, white and blue fruit salad. It's basically an everything but the kitchen sink salad. It had cantaloupe melons, watermelons, cherries, blueberries, strawberries, apples and marshmallows. 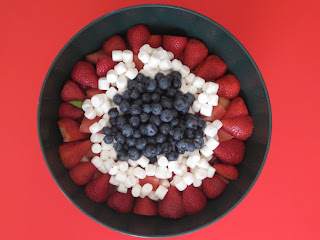 We don't really like lines and there is always a big line for ice-cream. We got there early this year and decided to start the picnic with ice-cream. Everyone got a cone before we even sat down for lunch. 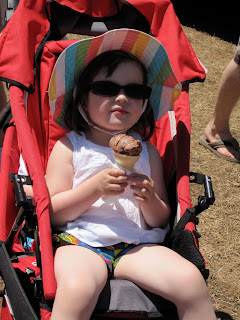 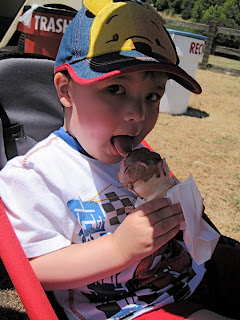 Hubby had the most self control. He only took a couple bites of my cone. 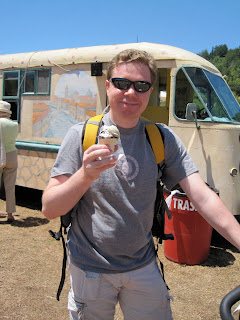 There were lots to do. After a scrumptious lunch, we headed to the pony ride. The Girl looks good on Rusty! The Boy wouldn't go anywhere near that animal. 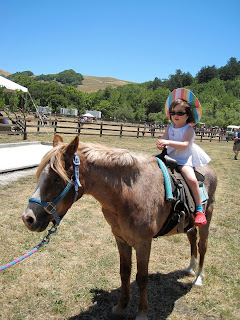 What he did enjoy was digging in the shallow part of Lake Ewok. 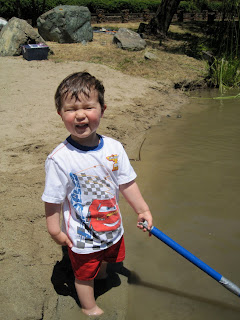 I am not a fan of mud and open water, so I quickly convinced everyone it's a better idea to hit the pool. Hubby thinks the Girl's swimming lessons are paying off. She can't quite swim yet but can do quite a bit in the water without death-gripping us. 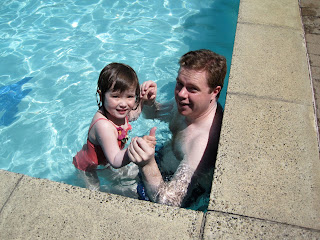 The Boy was just happy and proud that he was allowed to walk around topless. 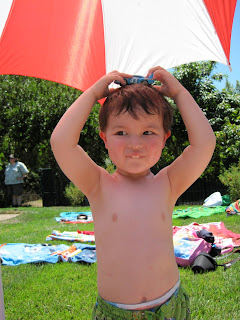 After over an hour in the pool, it was time for another round of food. 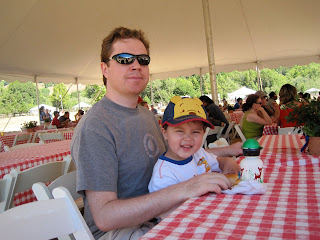 Who knew a hot dog bun and a slice of cheese in it could make the Girl so happy. 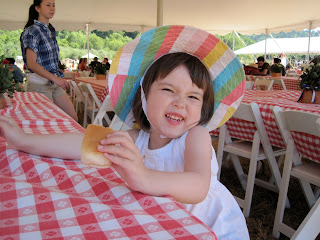 On the way to the play area, we stopped and admired the two spanking new fire trucks parked right outside the main area. 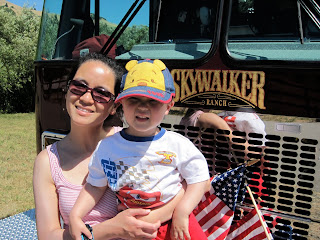 The Girl spent some quality time with a couple of Barbies at the play area... 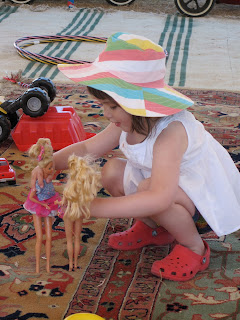 ... while the Boy played with dinosaurs. There was something for everyone. 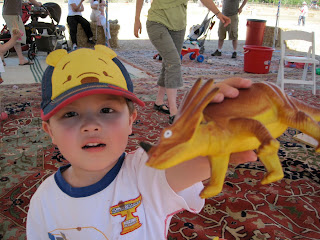 We even tried the hula hoop. 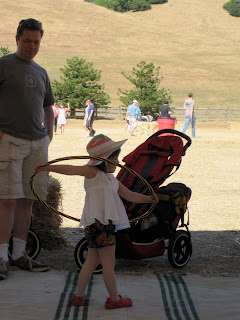 It feels like every year we spend an extra hour at the Ranch. These were my kids on the ride home. 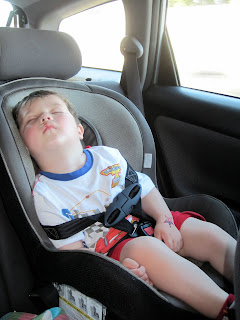 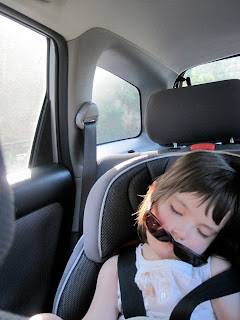 Happy 4th of July! Oh... and happy belated Canada day!
Posted by langlangcreations at 9:38 AM