I introduced the Girl to some hand sewing last week while she was stuck at home. For the first attempt, I had her sew on a piece of felt mounted on a small embroidery hoop. The goal was to get her to understand where the needle has to go in and where it comes out. I also had her put what she now calls her sewing pillow on her lap so she won't stab herself. I gave her complete artistic freedom. She chose the thread. She decided where the stitches went and she decided what to do with the final product. 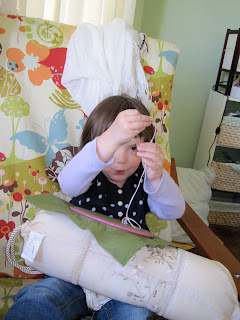 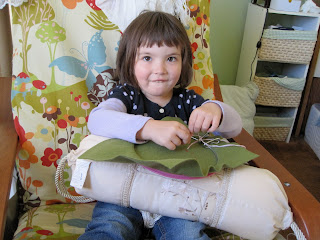 "Hold on, I need to concentrate." 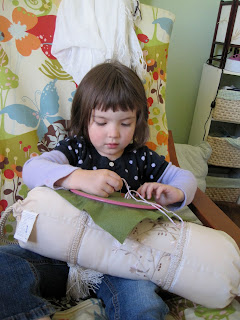 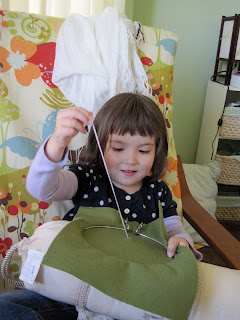 This video shows her goofy attempts as well as her first sewing injury.


The final product was what she described as "little flowers on the grass". We sewed the little piece of felt into a pillow for her new "pet kitty". Presenting Stripy Sammy Napping On The Grass. 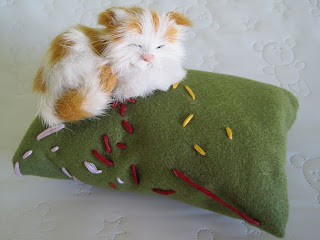 So proud of her work! 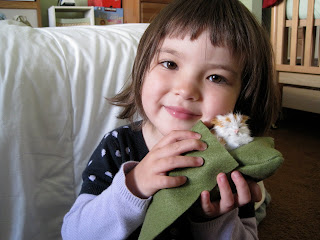 Posted by langlangcreations at 11:37 AM