I just came home from Maker Faire 2009 and my legs HURT! I got there at around 10:30 and left around 5. I didn't sit down once while I was there. There was so much to see I had to keep moving. Having said that, I did NOT get to see the battle bots because there was a huge line to get the tickets and after you get the tickets, you wait in another line to get in the arena. My time was too precious for all these lines. I also didn't have a chance to try Swap-o-rama. There was also a line there to get a machine and a designer and it was near the end of my day when I found it.

A really pretty bonsai tree I saw at one of the entrances. 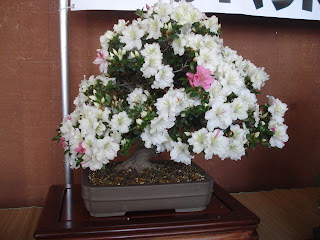 Another thing I missed out on was the live workshops. They were a lot more spread out this year and I couldn't find the right buildings at the right time. The one I really wanted to see was the making of Coraline but I was too late.

Inflatable flower seating outside and right in front of one of the 4 stages. Really good music. 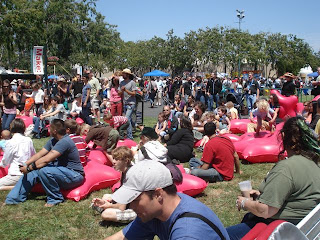 What I did get to do was to learn about polymer clay, check out the new "makers of food" section and try silkscreening. I was worried that the same exhibitors will go every year and it won't be as fun this year but I was very wrong. Some of the exhibitors I hoped to see again were not there and there were lots of new things to see. DIY science was really big this year. There were lots of high school level stuff. I would be a lot more interested if I were still teaching.

Weird new fruit - looks like a cantaloupe on the outside, has flesh like a honeydew on the inside and is actually a watermelon. It took me a really long time to wrap my mind around this one. 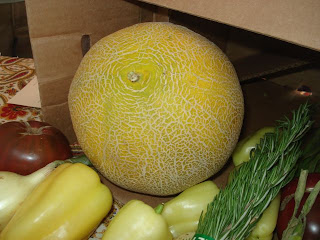 Fresh honey comb. I tried some and the honey part was yummy and sweet. I just couldn't bring myself to swallow the wax part. 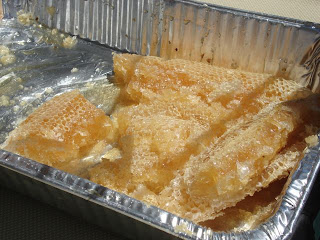 This photo does not do this little sandwich justice. The "bread" part is like tiny pancakes made out of corn meal and the inside is pulled pork, tomatoes and avocado. So good! 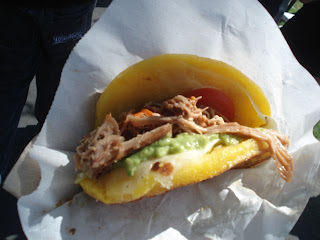 There were lots of robotic stuff, just as there were last year but much of it is new this year. There were also lots of new crafts and craft gadgets but it was not very commercial at all. Some of the things I saw were not even for sale. You can go on their website to buy them but they just wanted to show off their products and educate crafters.

The giraffe bot is an old timer now. The gliches from last year are all ironed out and it ran very smoothly this year. 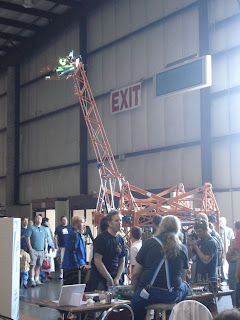 One of the many robots roaming the fair grounds. 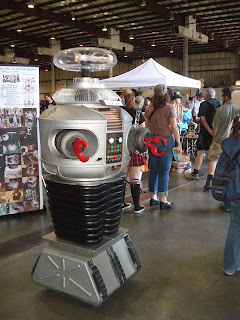 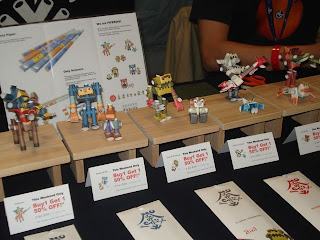 Finally, there were lots of new "rides". The cupcake cars are gone. But there are lots of other new and weird creations.

Kind of a funny ride. I guess the funniest part is the carseat installed on the top for this little princess. 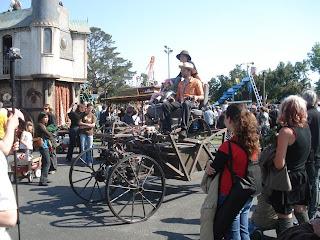 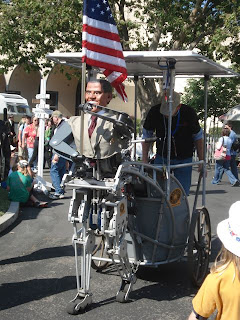 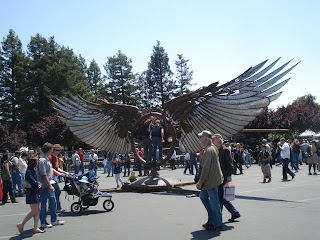 The snail ride. The kids really love this one. 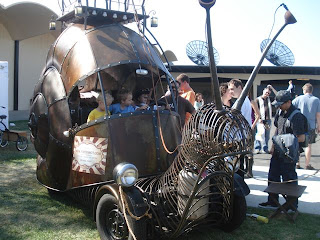 So, it was super fun. Next year, I am getting a two day pass and go by myself for one day and go with the kids on the second day. There were lots and lots of kiddie things that I didn't even bother to look at this time but the kids who were there seem super into it.

I think the bot was kicking the kid in the rear. 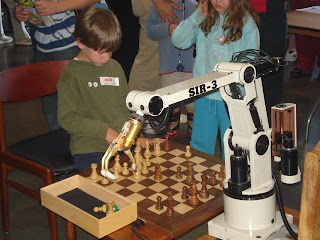 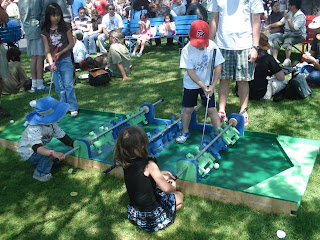 Posted by langlangcreations at 10:01 PM