We were invited to a birthday party while we were in Vancouver. The kids had a good time. I think this is the fourth birthday party this year. All this partying is prompting the Girl to inquire about her own big day. She has it in her mind that we'll have the party at some kiddie play house followed by a lot of cake and we'll invite Baby, only Baby. Yeah, she is not very social.

Here are some random pictures from the party and various rides we went on while we were in Vancouver.

Trying out a scooter. She is not as uncoordinated as I expected but she is still far from being able to ride a scooter or a bike. 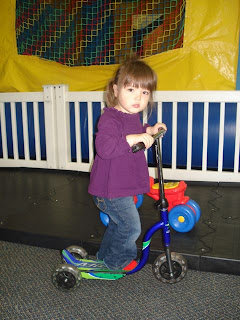 Somehow, this is the only picture I have of either of my kids and my friend Teresa. She spent the most time with them while we were in Vancouver. She was also most traumatized. Note to anyone who's going to change a diaper in the future: risking being peed on while changing a diaper is a much better choice than holding a 27 pound porker over the toilet while asking your partner to change his poopy diaper. I am surprised the porker didn't fall into the toilet and no one got sprayed on the face. This story is classic - must record for future use. Oh, and of course, thank you so much for babysitting, Auntie and Uncle! 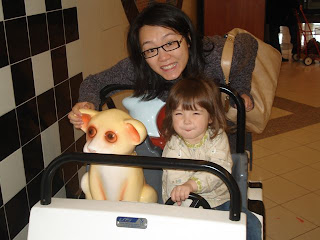 Racing with the birthday boy. 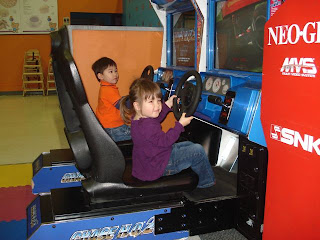 She either won or cheated. 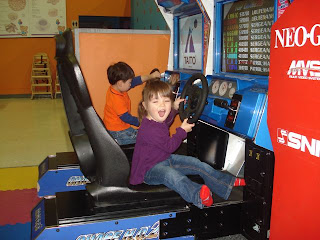 The girl loves hugging, especially if her hug target is totally still... and made of plastic. 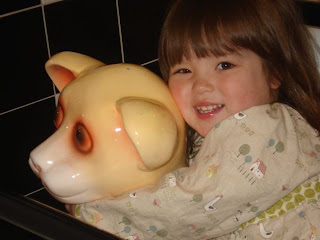 Hugging another piece of plastic. She did actually hug some real people but somehow I didn't take any pictures. 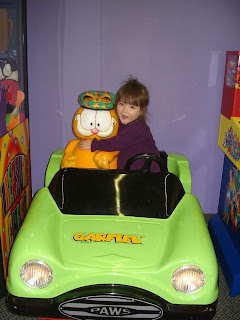 "Beep Beep! Oops, did I hit someone?" 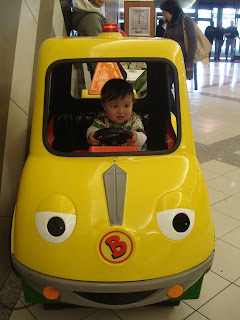 "So this is what life would be like if I had a brother." Baby totally loves playing with older boys. He watches them and then tries to copy them. It's so much fun to watch. 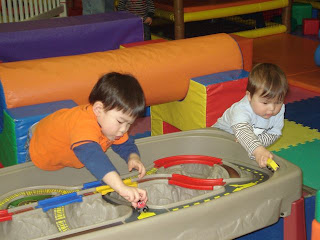 "Another order of air. Hurry up!" 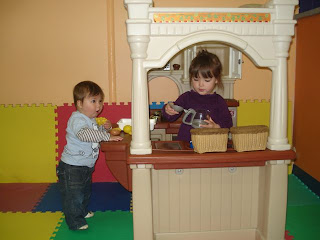 The ball pit is still a favorite. I remember being too old to go into them and always wished I could. It's so much fun!

Posted by langlangcreations at 8:15 AM